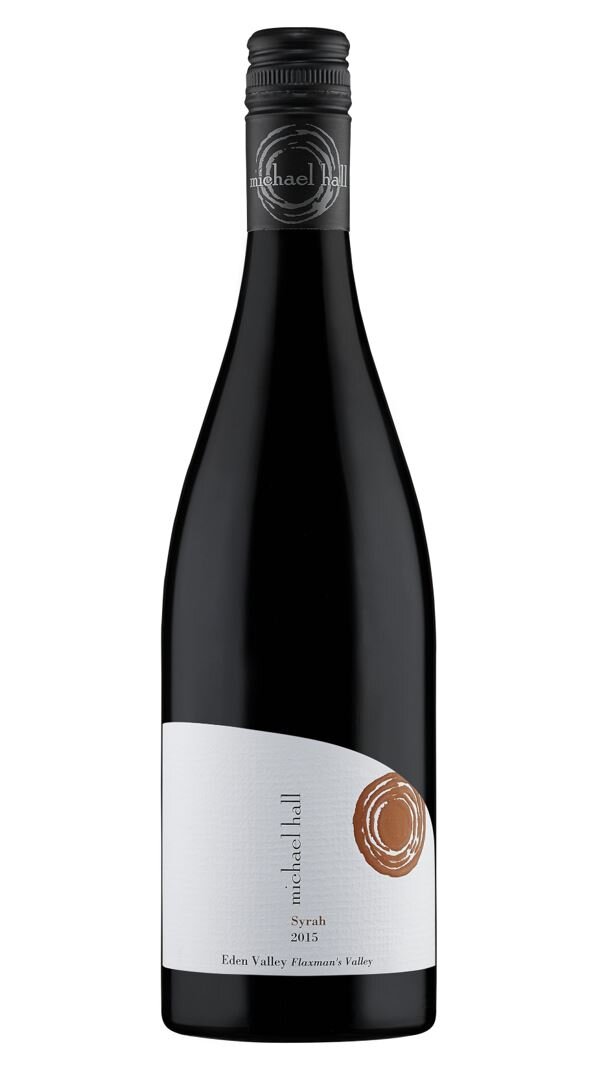 The Naimanya vineyard sits high in the tiny sub-region of Flaxman’s Valley on soils of sandy loam, gravel and quartz over clay. At 520m elevation it is one of the highest Shiraz vineyards in South Australia. A dry winter and warm spring drove an early harvest despite average summer temperatures. Picked on 21st March, 75% de-stemmed to open fermenter, 25% whole-bunch fermented in puncheon with 31 days maceration, matured for 20 months in French oak (10% new).

Michael Hall is a renowned, award-winning, South Australian-based, micro-negociant making individual wines that reflect their place. He sources fruit from carefully chosen single vineyards in the Barossa Valley, Eden Valley and the Adelaide Hills to produce small-batch, precise, expressive wines. Michael was originally from the UK, and he released the first vintage of Michael Hall Wines in 2008, bringing his wine dream to fruition after two decades as a jewellery expert at Sotheby’s in Switzerland. To prepare, he enrolled in wine science in Adelaide and absorbed as much knowledge as he could working stints in Australia with Cullen, Giaconda, Henschke, Shaw + Smith, Coldstream Hills and Veritas; in France with Domaine Leflaive, Meo-Camuzet, Vieux Telegraphe and Trevallon.